The final scene in the battle of Mosul… when the hypothesis of time and cost turns upside down..

In the final stage of the battle of the right-coast of Mosul, the assumptions, equations and military calculations are reversed and fall into the flames and developments of the field and time becomes the most dangerous and controlling aspect on the course of events, as it’s still pushing the engines (cost) upwards until the end of the war and the situation is no longer critical, This means that price will be very expensive on both the financial and human sides and is being payed hourly… 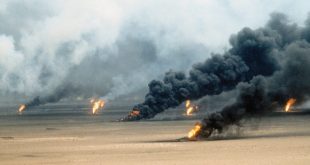